We're operating at full capacity for you and your family. Learn about our COVID-19 Plan.

Who Gets Custody of the Pets in a Divorce? 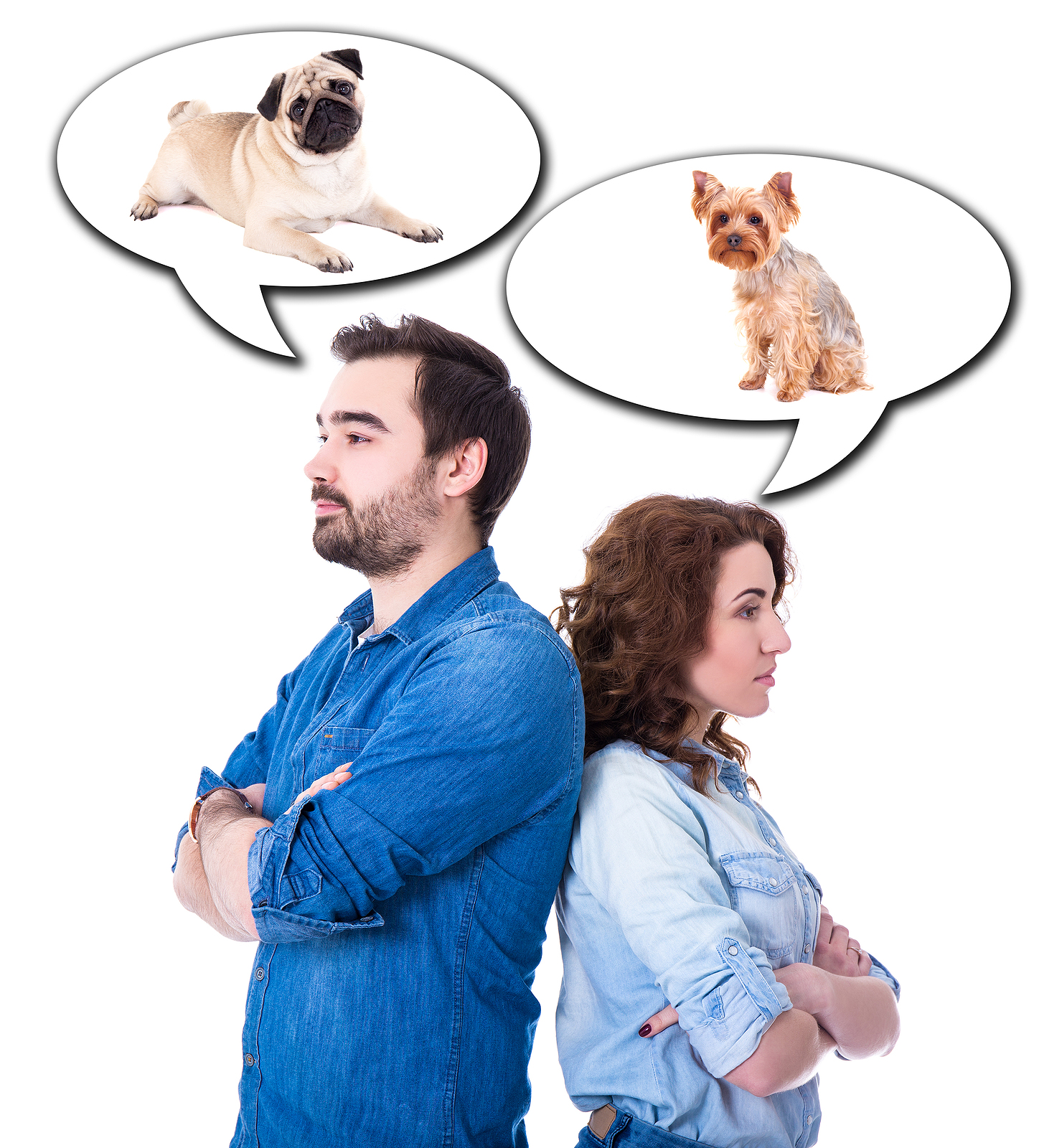 You have probably heard tales of bad divorces getting ugly over money and child custody, but divorce can also lead to the worst property disputes. One part of these disputes can get especially messy and difficult, but it’s rarely discussed: Who gets custody of the pets in a divorce?

There is no simple answer to this question. Pets are considered property by law, but this distinction isn’t always straightforward. They are living, loved creatures, and any legal solution regarding their custody has to be good for them in addition to the divorcing parties. To try to understand what happens to pets in a divorce, it helps to learn the primary legal rules at play.

Even though we call them fur babies and love them like family, our pets (in the eyes of the court) are not people. Instead, they are considered property and therefore are subject to property law rulings. In Texas, anything purchased after the marriage is dually owned, unless a pre-existing contract is in effect. So, if you and your spouse got the pet (or pets) together, their custody will have to come down to negotiation.

When couples cannot come to an arrangement to split property, the final ruling is often to liquidate the property and split the cash. You can’t reasonably do that with pets, and that makes things more complicated.

The simple case is when a pet was owned by one party before the marriage. Generally speaking, ownership of that pet will default to the original owner. There are exceptions, but they are uncommon.

The Best Interest of the Pet

This concept is not fully codified into law, but judges aren’t robots. If an agreement can’t be reached, it is becoming common practice for judges to rule in favor of the best interest of the pet. As an example, a large dog might be awarded to the party with a big yard and plenty of room for the dog. You get the idea.

Still, the idea of best interest is more of a tiebreaker than a solid rule. It’s unlikely that you can convince a judge to overrule a strong ownership case by appealing to the best interest argument. Pets are not treated like children in the eyes of the law. You cannot approach pet disputes the same way you would child custody.

It is uncommon, but a court may use pet visitation to settle a dispute. This would be fashioned after child custody practices. One party gets to keep the pet, but the other is allowed to visit. Perhaps they can take the dog on regular walks. It’s that kind of thing.

This particular ruling will be exclusively at the discretion of the judge, and it is usually only awarded when the parties pre-negotiate a visitation plan.

Pet ownership can be included in a prenup. Alternatively, it can be settled through divorce mediation or negotiation. When going through this process, it’s always easiest to figure out who will get each pet outside of the courts — assuming such arrangements are possible. If both parties sign onto an agreement, the court will recognize and uphold that agreement. Judges are not entirely interested in settling pet disputes. If you can do that for them, they will happily endorse a reasonable agreement.

Because you are likely to settle the pet issue yourselves, creative solutions can be the best remedy. If one party gets the pets, perhaps the other can be the default petsitter when needed. If there is joint custody of kids, can the pets stick with the kids to help with the transition? Sometimes splitting up pets is the best solution. Other times it might be best to offer to pay for adopting a new pet for the spouse who is suddenly without. If your goal is to make sure the pets end up in a good and loving situation, you will be able to find a good solution to the problem and avoid some of the worst possible outcomes.

Nothing about settling a divorce is easy, but pets can be particularly tricky. It’s common for both spouses to bond with a pet, with neither wanting to say goodbye forever. In cases where a friendly post-divorce relationship is impossible, it’s incredibly difficult to satisfactorily resolve pet disputes. Legal counsel and professional mediation are often necessary to settle pet issues in a divorce. For help with pets and everything else related to divorce, you can turn to Setzer Law Firm.